This portion of our trip covered two stops in Ireland, Dublin and Belfast.  I love Ireland, the scenery, the people, and the pubs are all to my liking. 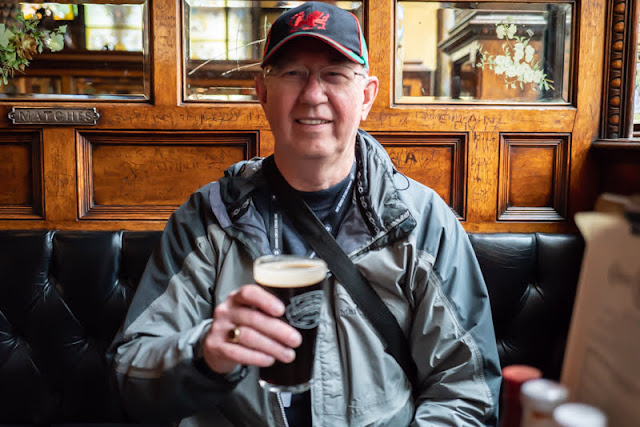 The people we met in both countries were terrific.  In particular, they have a great sense of humor.  For example, they like to give irreverent names to their statues and monuments.  The Molly Malone statue is the "tart with the cart" and the statue of two women on a bench is called "the hags with the bags."  Here is a link to an article on the statues and names.

Our stop in Dublin included lunch at a pub and a visit to St. Patrick's Cathedral.    The pub was the Old Storehouse.  I had a pint of Guinness and cottage pie, with Bailey's cheesecake for desert.  During lunch we listened to some live Irish music. 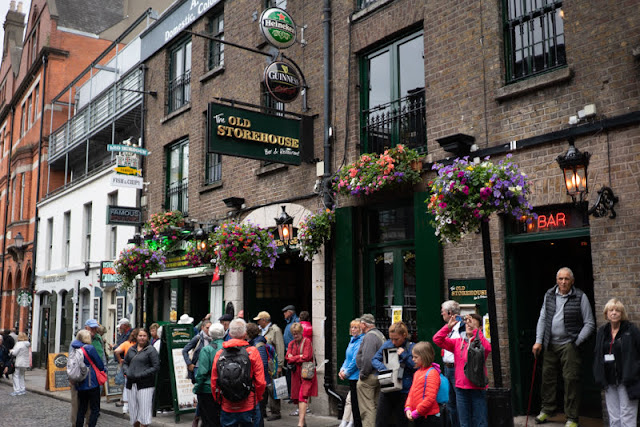 On the way out I talked the bartender into letting me photograph him, but he insisted I join him behind the bar, so I did! 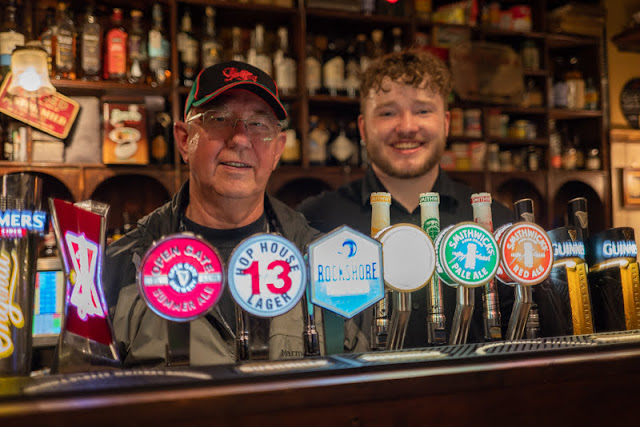 The hat, by the way, is from Wales.  I was afraid it might stir-up some trouble, but it was cool.

On our last visit to Dublin, Kathy and I missed St. Patrick's Cathedral; so this time we made sure to visit.  St. Patrick's is the national church of the Republic of Ireland and the resting place of Jonathan Swift, author of "Gulliver's Travels." 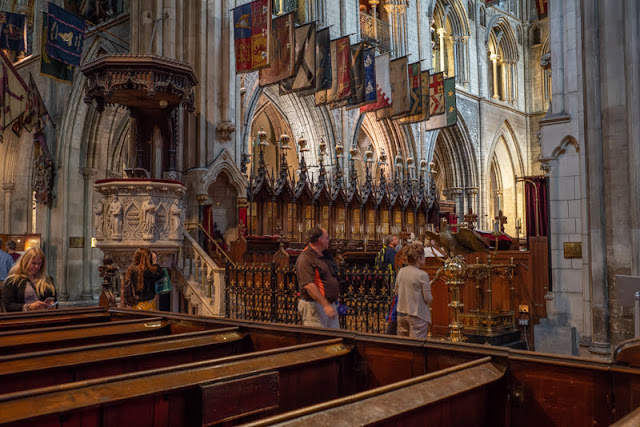 We spent the afternoon there and walked around the Temple Bar area before catching a ride back to the ship.

The next day we disembarked in Belfast.  The highlight of the day was a black cab ride and tour of the areas most affected by the "troubles."  The conflict that began in 1968 was bloody and brutal.  Feelings still are strong, but there is a tenuous peace that has been in place since 1998.  Our cabbie/tour guide was a member of the IRA and spent several years in prison for his part in the struggles.  He gave a somewhat balanced accounting of what happened and where they stand today. While a truce has been in place for many years now, the issue has not been resolved and probably won't be for several generations.

In the afternoon, Kathy and I joined some folks from the group and went with Craig, one of the program directors who is from Belfast, for a pint at the Crown Pub.  The husband and wife that built the pub where a unionist (the husband) and a republican.  The wife allowed her husband to name the pub the Crown, but she had a crown mosaic installed at the foot of the entrance, so that anyone coming into the pub stepped on the crown.  This kind of sums up the feelings in Northern Ireland. 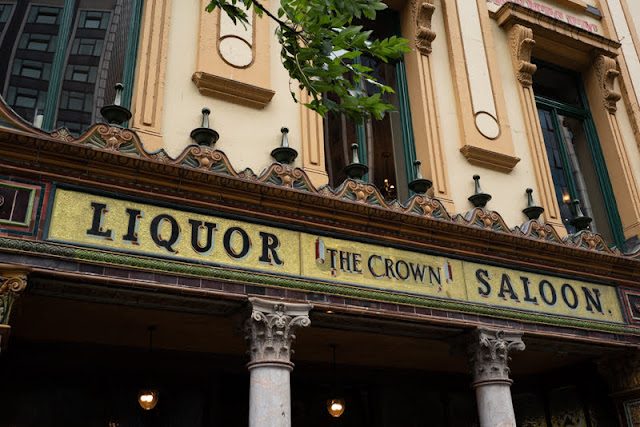 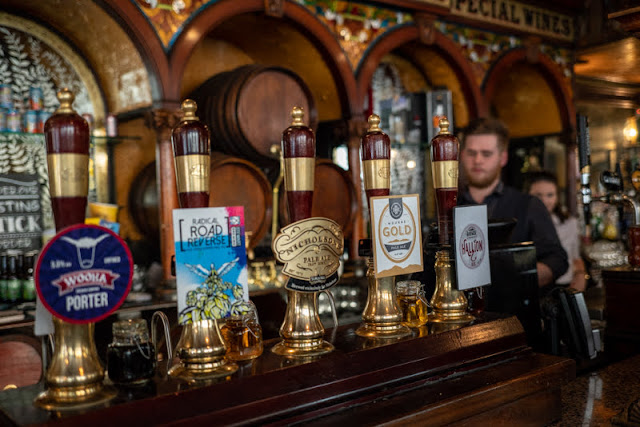 I have more images of Ireland in the attached link Ireland 2018.

The Scottish Isles are next, stay tuned!