Maritime Jewels of the British Isles - The Scottish Isles

The Outer Hebrides and Orkney


This portion of our journey was the primary reason Kathy wanted to do this trip.  She is a big fan of public TV, that has several programs centered in this area, and enjoys novels about this part of the world. Therefore, this was her dream trip.

In particular, the Isle of Lewis in the Outer Hebrides is the location for a series of mysteries by Peter May.  If you haven't read Peter May, we highly recommend his novels. 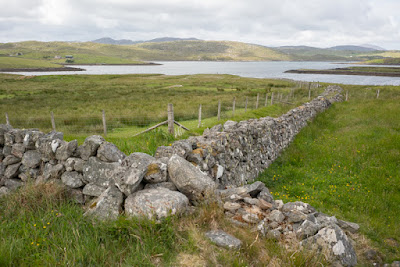 Barra is a rugged, beautiful island with sandy beaches and rocky hills.  We made a visit to the local airport where planes land and take off on a sandy beach during low tide.  Our timing was good and we saw one of the commuter planes land. 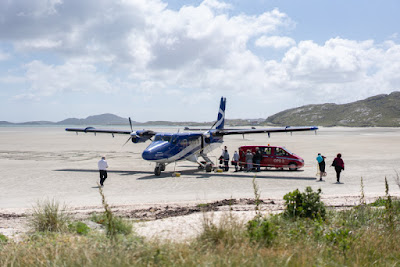 While the island is interesting, there is not much going on.  The only manufacturing business on the island is the Barra Toffee Factory.  They supply toffee to the queen at Balmoral Castle and the recipe is a secret.  We brought some home and had to eat a Hersey bar after tasting the toffee, just to get the sweet taste out of our mouths.

The Isle of Lewis

The Isle of Lewis includes both Lewis and Harris (famous for the Harris tweed.)  We visited a stone age area called the Callanish Stones.  It is similar to the Stonehenge site in England.  Our guide was a former policeman and is the inspiration for one of the main characters in the Peter May novels.

Our next stop was a visit to a "Blackhouse" which also plays a part in the Peter May novels. They are called this because of the black stains left by burning peat fires.  They are located in the village of Gearrannan and have been preserved as a historic site.  It was interesting to see how folks lived, the homes are small and narrow but seemed comfortable. 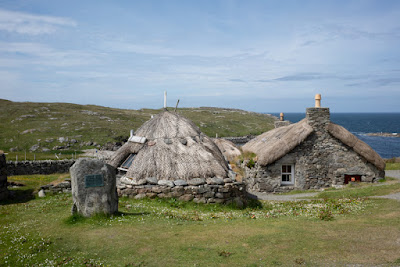 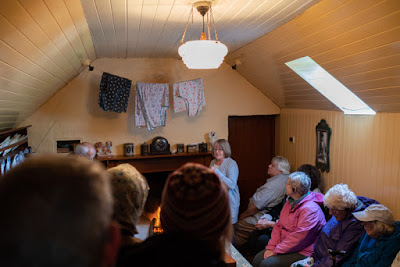 In the afternoon on our own time, Kathy and I joined another couple from the group for a visit to the Lewis Castle and Museum where we saw the famous Lewis Chessmen.  The chessmen were discovered on a beach on the island and are thought to be of Viking origin. 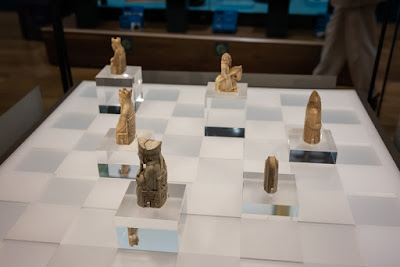 Our day was capped off by a visit from a troop of local children who entertained us with traditional Highland dances.  The youngest dancer was only four years old.  They were amazing and the cutest young ladies you will ever see! 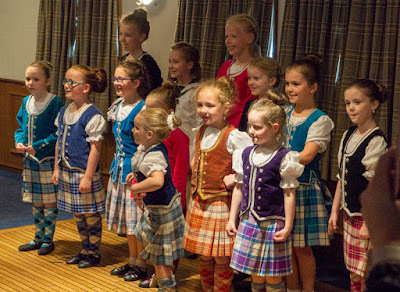 I have a link at the end of this post to the Google Photo album for this part of the trip and I have included a video I made of one of the dances, it is worth a look.

Our final Island stop was at Stromness on the Orkney Islands.  This island played a major role in WWI and WWII as a naval base.  In WWI, they held some captured German warships in the Scapa flowage that the Germans scuttled to prevent the British from getting their hands on the technology of the ships.  I saw the ships marked on the map as we entered the harbor.

I had gone out in the early morning to watch our ship navigate into the harbor and to take some photos.  I was invited into the wheelhouse by the captain (I think he felt sorry for me as the wind was howling and I was being pushed around quite a bit.)  The harbormaster steered the ship into the harbor, then the captain guided us to the dock. 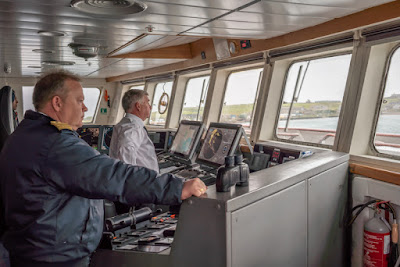 During the morning, we visited the "Italian Chapel."  The chapel was built by a group of Italian prisoners of war during WWII.  They salvaged materials from the local area and did all the work by hand.  It was an interesting and poignant place.

One of my favorite stops was at the Scapa Distillery for a whisky tasting (the Scots do not spell whiskey with an "e", so don't send me a correction on the spelling!)  It was smokey tasting and as you can see was very smooth! 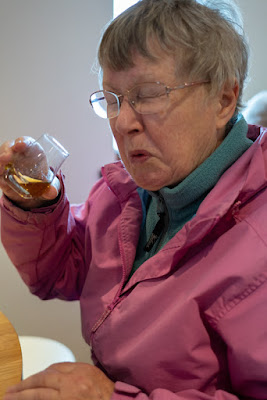 I have more photos and the dancing video here: Scottish Isles Photos

Next time I will publish the last posting for this trip.  It will cover Aberdeen, Edinburgh, and St. Andrews - this should keep you on the edge of your seat!!
on July 04, 2018
Email ThisBlogThis!Share to TwitterShare to FacebookShare to Pinterest
Labels: British Isles, Travel