Barcelona!  For me, Barcelona evokes images of unique architecture, delicious food, and interesting people.  I first became intrigued by the city in 1992 when Barcelona hosted the Summer Olympics.  Barcelona was the last stop on our Grand Circle river cruise in the  Bourdeaux region of France.  It was an add-on along with Andorra, which I covered in the last blog posting.  Kathy was the primary reason we added this to our trip.  She was excited to see the Gaudi works, in particular, the Sagrada Familia basilica.

Barcelona's favorite son must be Antoni Gaudi.  His unique architecture can be seen throughout the city.  Gaudi was heavily influenced by his religion, which is visible in many of his projects.  He used tile (often broken waste material), stained glass, and wrought iron in many of his works and he used three-dimensional models instead of blueprints.

Gaudi was killed in 1926 at the age of 73 when he was struck by a tram on his way to his daily prayer and confession at Santi Felip Neri church.  Because of his shabby clothing and lack of I.D., he was mistaken for a beggar and left unattended for over a day.  By the time he was finally identified, he was too ill to save.  At the time of his death, he was working on the Sagrada Familia basilica, which is still under construction and is estimated to be completed in 2026.

Park Guell is a community designed by Gaudi for a wealthy businessman named Eusilin Guell.  Our group spent a morning visiting the area.


Gaudi was a unique architect evidenced by his requirement that he be allowed to design and build the project as he felt it should be.  He had this written into the contract he signed with the client.  This often resulted in lawsuits from unhappy customers.  An example of this is the Casa Mila.  The family that commissioned this building withheld payment and Gaudi was forced the sue to get paid (he eventually won).

One of the most interesting features of this building is the roof area.  Vents look like Star Wars stormtroopers.  The building was built in the art nouveau style with natural forms that contain no right angles!  The first image above shows the model which is on display in the attic of the building (not a bad attic).

The most famous and spectacular project designed by Gaudi is the Sagrada Familia basilica.  We spent most of a day in and around the basilica with about a hundred thousand of our friends.  It is massive and very popular.  The feeling of awe as you stand in the middle of the church is palpable, it is hard to keep from gaping.  I hope we have a chance to visit it once construction is completed (est. for 2026, but I would bet it will take longer).  The flow of the design and the stained glass are magnificent! 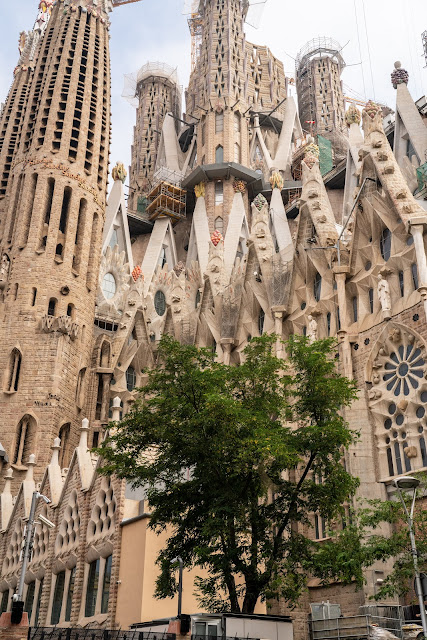 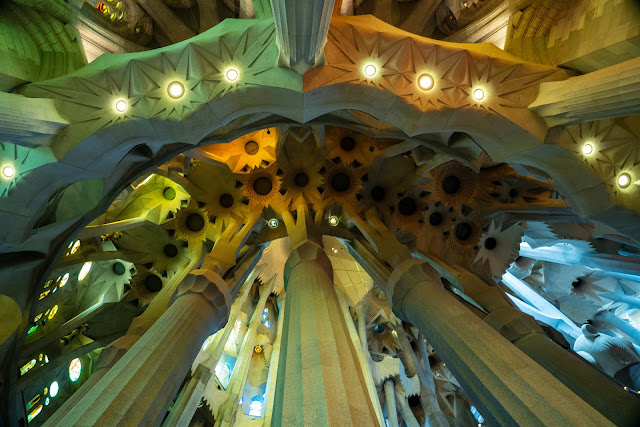 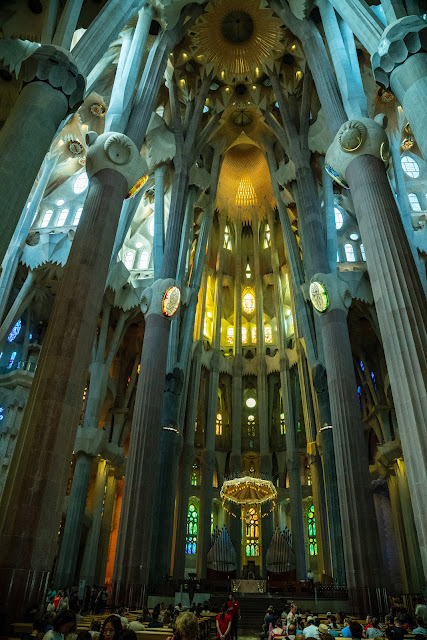 While Gaudi was the primary focus of the Barcelona portion of our trip, we also spent time at several local restaurants where we indulged in Tapas and a Spanish treat called "churros".  The churro is a pastry that you dunk in hot liquid chocolate, fantastic!


No visit to Barcelona would be complete without a visit to the Picasso Museum.  We spent a pleasant afternoon walking around the museum and listing to the audio guide.  Picasso spent time in the city over several time periods throughout his life.


A surprise that was not on our itinerary was the "Gay Pride" festival that occurred on the weekend we were there.  It was interesting to walk around and see the colors and the outfits worn by the participants.  I must say they do have a great time!


Barcelona was possibly the most interesting part of our trip.  Neither of us had ever been to Spain; now we are considering a trip to Portugal and Spain with Grand Circle.

As usual, I have an album of images from Barcelona here: Barcelona

on November 12, 2019
Email ThisBlogThis!Share to TwitterShare to FacebookShare to Pinterest
Labels: France, Travel