Cruising the Garonne and Dordogne Rivers

Click here for a Map of the area visited on this trip.  If you zoom in on the Bordeaux area you will get a good idea of the area we traveled on the ship.

Our river cruise began in the port city of Bordeaux.  We sailed the Garonne and Dordogne rivers and ended back in Bordeaux.  As you may have noticed from the above photo, the rivers are very muddy due to the huge tides (around fourteen feet by my estimation).  As a result of the tides, the flow of the river was usually very strong and would change directions as the tide switched.  The cruise was limited as to the farthest we could go upriver due to the ancient bridges which the ship could not go under.  Grand Circle is eliminating this cruise next year and the Chanson will be moved to the Rhone River for a different cruise.

The Chanson is a small river ship that has recently been renovated.  They did a fine job making the ship both warm and inviting.  The ship includes a restaurant, bar/lounge, and a very nice deck area (which also included a bar).  We enjoyed the deck area the most but were driven down to the lounge on several occasions due to the heat (it was very hot in Europe when we were there in late June, early July).

The crew was tremendous!!  Always helpful, courteous, and enjoyable to talk with.  Most were from Eastern Europe.  One of the highlights for us was the crew talent show (they did a great job and we had lots of laughs).  The restaurant staff and the cooks were the best!  Kathy and I agree that the food (and wine) were the best we have had on a river cruise.  The efforts of the staff that you usually don't see much of also did a fine job and we appreciate their dedication and hard work.

We stopped at several towns along the rivers, including - Bourg, Blaye, Pauillac, Libourne, and St. Emilion.   Bourg is a quaint little town that is not usually visited by tourist, so it has kept its charm and old-world feel.


In Blaye, we toured the citadel, a UNESCO World Heritage Site.  It is noted for its defensive innovations which were added in 1685 by Sebastien Le Prestre de Vauban.  The citadel was used to protect Bordeaux which is 30 miles south of Blaye.

Pauillac and Saint Emilion are two well-known wine spots in this part of France.  In Pauillac, which is in the Medoc wine region, we visited a winery to observe the process and taste some wine.  It was an interesting tour and the wine was very nice. 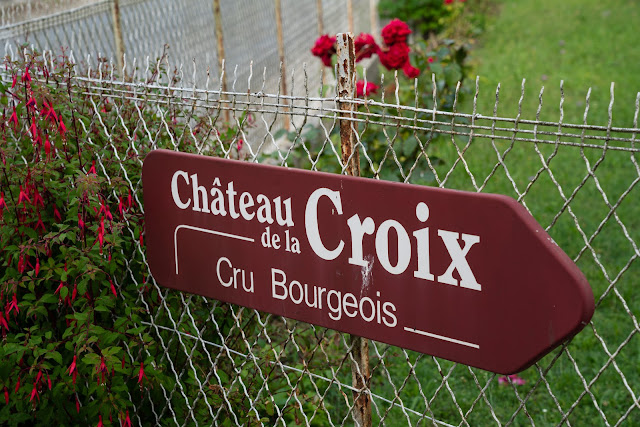 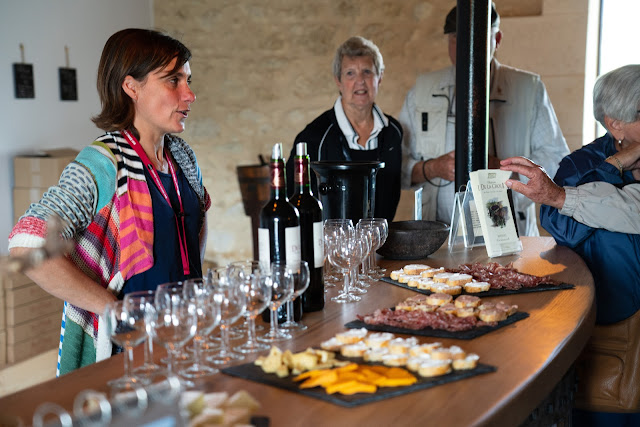 We did a walking tour of Saint Emilion and tried some macarons, an almond variety of the much loved French cookie.  We also bought a nice bottle of red wine that we brought home and plan to share with the kids at Christmas.


We docked and spent overnight in the village of Libourne.  Here we visited a local patisserie and sampled some of the goodies (I inhaled my favorite, a chocolate eclair).   That night the town held a music festival and I walked into town to take some photos and listen to music, it was a lot of fun!


The music festivals were also being celebrated in Bordeaux when we ended the cruise there.  On our last night on the ship, we were treated to a fireworks display related to the music festival and the "tall ships" that were in the harbor for the celebration.

We thoroughly enjoyed our time on the River Chanson and I sure miss the food!!

I have posted more images from this part of our trip here: Google Photos.  The best way to look at the images is to click on the first one then go through them using the right and left arrows.  If you do it this way you will see the pithy comments I made.  Also, the time stamp on the images are wrong as I forgot to change the time in the camera I used (I know I can change it, but it's not worth the effort - if you really need to know the time, add seven hours and it should be close).

The next posting will cover our stay in Toulouse, with a side trip to the walled city of Carcasonne.