The story behind the images.

I love astronomy and have tried to capture lunar eclipse images in the past.  This is my fourth shot at getting some good images and I'm starting to learn how to do it.  I went out with my pal John Pennoyer on the evening of the 20th of January.  Our strategy was to capture some Minneapolis skyline images to use as a background for the moon.  In our area, the eclipse began at 9:30pm and ended at about 2:00am on January 21st.  John and I started at Lake of the Isle for the skyline shots.  I also got an interesting shot of the moon reflecting off the ice (this was before the eclipse began).  The moon that night was a "super moon" and shows up well on the image.  I used a 150 - 600mm zoom lens at 150mm for this image. 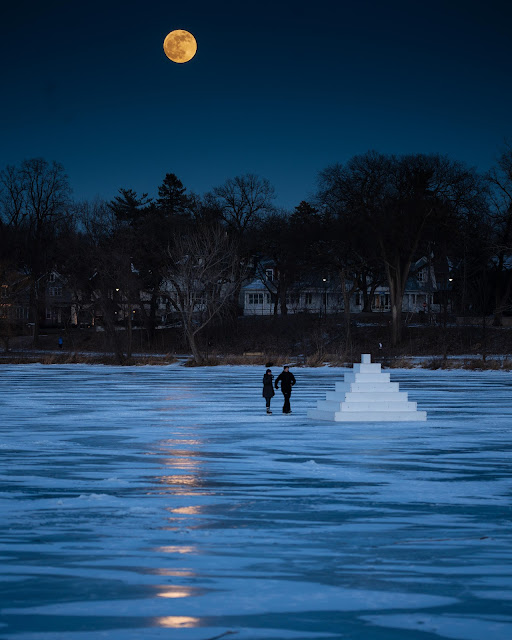 Once we had our base images, we spent some time scouting other spots.  The problem with this eclipse was the moon was way too high in the sky at the time the eclipse began.  This meant we would have to use very wide angle lenses to capture the moon and any foreground elements, such as a building or trees.  That would have made the moon appear as a small dot in the image.  We decided to shoot telephoto shots of the stages of the eclipse then paste them into one image showing the progression of the eclipse.  This is the result of pasting together five of the moon phases into one photo. 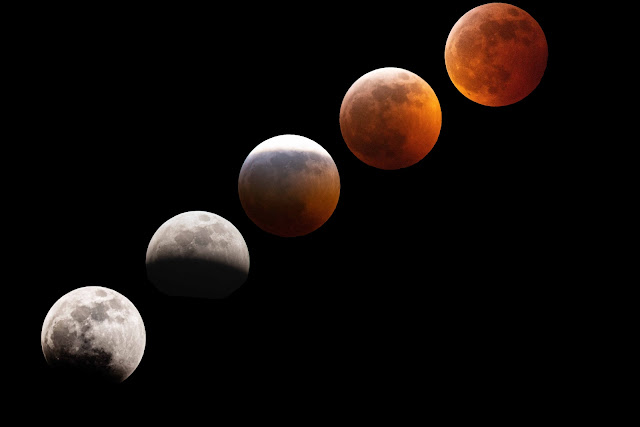 Below is a shot of downtown Minneapolis with the "blood moon" that actually never happened.  Some folks may not think that is ethical and they may be right.  From a pure record of what happened, the image is "fake photography".  I like it as an artistic expression and have included it here for your enjoyment.  Let me know in the comments section what you think of doing something like this photoshopped image. 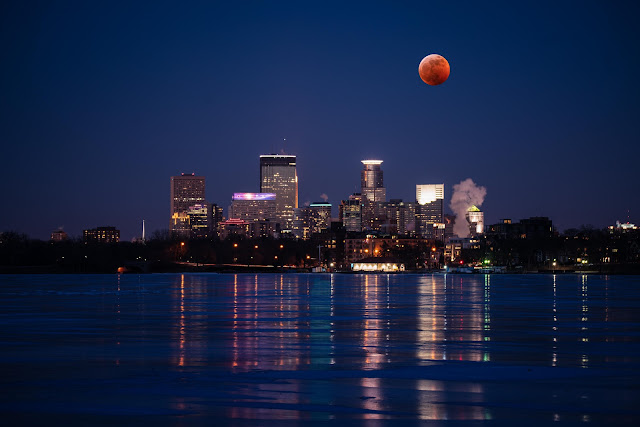 The final image is a shot of the lunar eclipse at it's maximum.  This image is the one I used to paste into the downtown skyline above.  I shrunk it and placed it above the buildings. 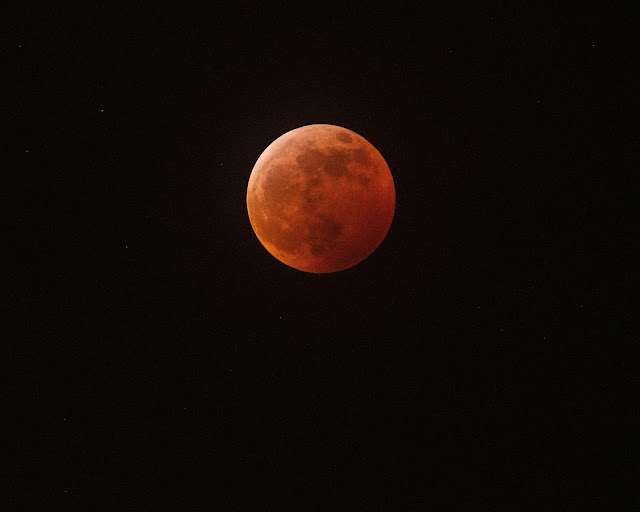 It was a fun evening.  Cold but beautiful.  The moon was fairly small by the time the eclipse occurred and even the 600mm lens was a bit on the short side.   The next one occurs in 2021, so I hope to be out shooting it again!
on January 22, 2019
Email ThisBlogThis!Share to TwitterShare to FacebookShare to Pinterest
Labels: Lunar Eclipse, Minnesota, Night Photography, Photography