Some folks from the Minnesota Nature Photography Club decided to do some night photography at the state fair.  Although this is not nature photography, it is a lot of fun.  We met at 7:00pm and shot from then until about 10:00pm, with a small stop for a beer. 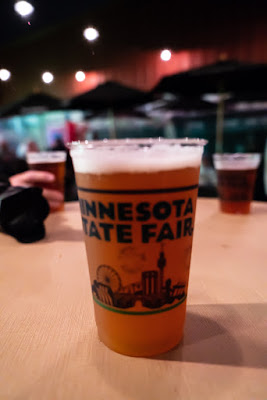 Some of the most interesting shots featured food vendors.  Although I photographed many food stands, we never did get a chance to try any (other than a sample of bacon ice cream!)  My goal was to devour at least one pronto pup, but that didn't work out.  Maybe next time.  Some interesting foods: alligator, buckets of cookies, and all kinds of things on a stick. 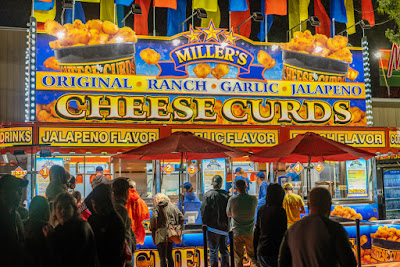 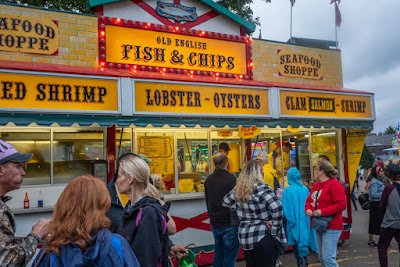 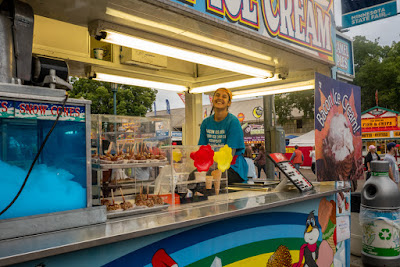 One of the best things at the fair is the people watching.  I concentrated on people for this outing and got some images I really like. 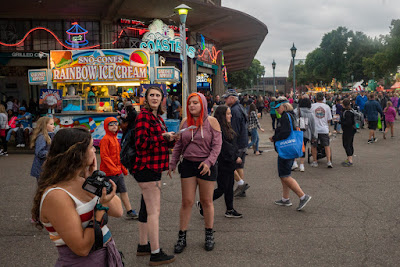 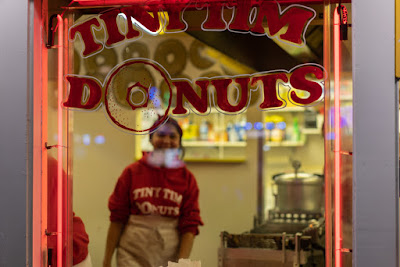 Folks were always happy to have their pictures taken and I caught some great smiles, plus some interesting looks.

We started with eight of us, but three slackers dropped out.  One couple had a book club meeting and another person had a sick dog.  Not very creative excuses (kind of like high school where most of the women I asked out had to do their hair that night!)

The remaining five walked around the midway and then to the "Great Big Wheel."  We will be sharing our images at our next metro west sub-group meeting.  Should be fun as we all do different things with our photography.


I didn't get an image of Scott Landsleidel, our fifth photographer, so he must really be happy.  I also did not include a photo of myself because it's my Blog and I can do what I want!  In fairness to the group, we had just dropped $8.50 (I know) for a beer in a plastic cup and we were all bummed out!  Next time we will all get a corn dog and the portraits will all be smiling photographers.

For non-photography folks, you can skip the next sections and go directly to the photo album, click here: Google Picture Album.

The fair is a good place to do some photography as they are very good about letting you use tripods.  Some of the images I got would not have been possible without the tripod due to the long shutter speeds used.

I started at 400 ISO, then moved up as the night came on and the light dropped.  I ended up using ISO 4000 on two shots, but most images were taken at ISO 2500.  Shots of the "Great Big Wheel" were taken at lower ISOs (100 and 125) so that a longer shutter speed could be obtained for those nice motion blur shots.  I used a Sony A7RIII mirrorless camera.  The noise was very good and the "steady shot" feature on this camera is terrific.  I shot hand-held, other than the "Great Big Wheel" shots where I used a small travel tripod.

All in all, I'm pleased with the results.  If you would like to see all the 40 images, go to the Google Picture Album.
on September 02, 2018
Email ThisBlogThis!Share to TwitterShare to FacebookShare to Pinterest
Labels: Minnesota, Night Photography, Photography, Travel