My photo buddy John Pennoyer and I took a trip to the north shore of Lake Superior to do some night photography.  We picked the morning of March 16th as the moon was a new moon, so we had no light from the moon to compete with the stars.  My goals were to capture the milky way and to do a star trail.  We set the alarms for 2:15 a.m. and drove over to the lighthouse.  We were rewarded with a clear, relatively warm night.  The results below are my favorites from the shoot.

In addition, John and I got out for sunset on the evening of the 15th.  The weather forecast predicted no clouds and that was correct.  Usually, I like clouds in my sunrise/sunset shots.  However, no clouds present the possibility of nice blue/pink on the horizon - which is what we got! 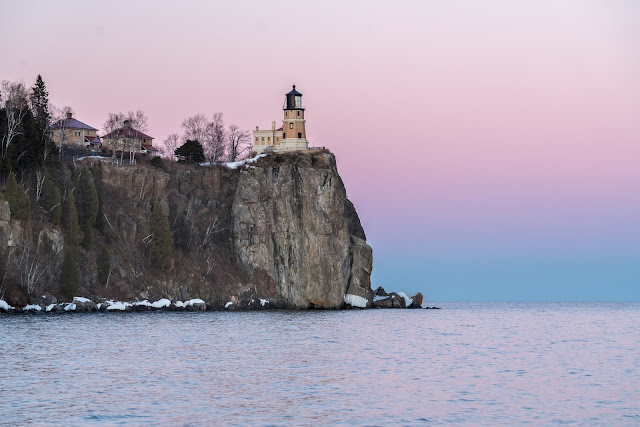 The image below is the star trail shot.  It was intended to be a 30-minute exposure but was cut short when a vehicle parked behind the area on the right.  The light started to wash out the scene, so I stopped the image.  It came out pretty good anyway. 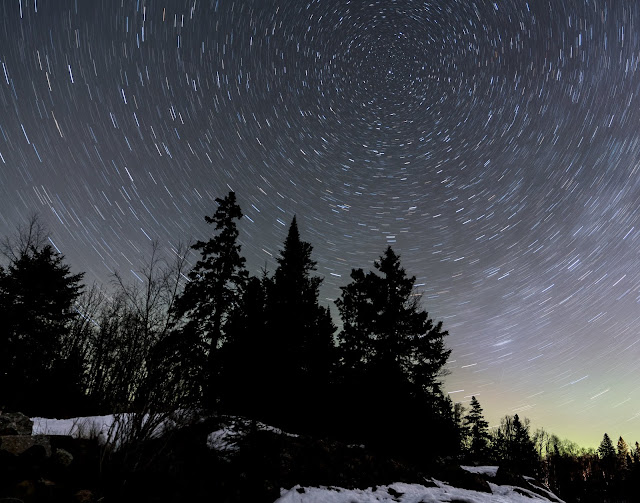 This shot of the Milky Way is a stitched panoramic using four images. 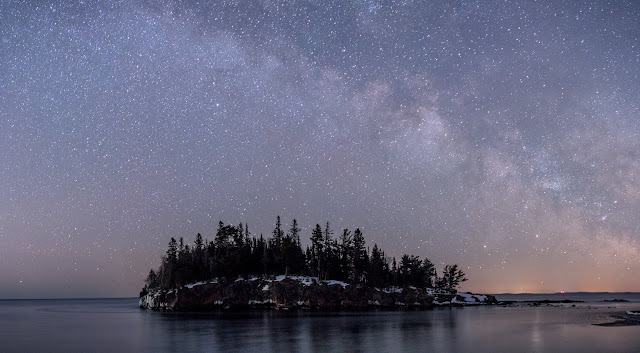 This image is cool because I caught some northern lights and a couple of meteors (although the one on the left side may be a satellite.)  The right side above the northern lights is the end of the Milky Way (the thin end.)  You can see the fat end on the prior image. 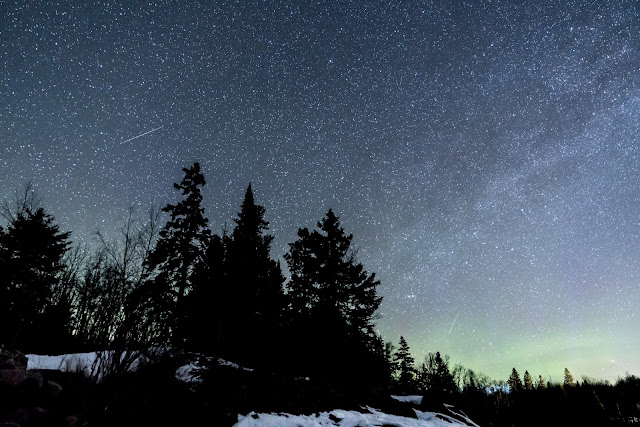